Now, THIS is a great campaign ad!

Email ThisBlogThis!Share to TwitterShare to FacebookShare to Pinterest
Labels: ELECTION 2010, Louisiana, US Senate

Posted by Steve Steffens at 4:55 PM No comments:

The Bears beat the Packers, so you know what that means!

Posted by Steve Steffens at 11:08 PM No comments:

Some things are just simply indefensible.

Just go to Post Politics and HEAR what I am pissed about.  I tried to defend Mike McWherter on the Informed Sources segment that ran last night on WREG, and now I hear that McWherter is attacking Haslam for not being a conservative.

Seriously, does he not understand that at least FIFTY percent of his vote is supposed to come from the LEFT? And when he does idiotic ads like this, he runs the left into the arms of Haslam, who gives the appearance (even if we know otherwise) that he is the right-wing Bredesen (I know, redundant).  If it weren't for Mike Kernell and Steve Cohen (Beverly Marrero is NOT up this year), I would stay home this year.

If this is the best the TNDP can produce, it deserves the butt-whipping it is about to receive.  Only after it has been reduced to ashes can a new party rise up and be what it has to be in order to have any meaning.

As the officer in Vietnam said, "We had to destroy the village in order to save it".  Yup.

RIP, TNDP.
Posted by Steve Steffens at 8:44 AM No comments:

Note to readers: I am still undecided.  I am FOR consolidation, still unsure about the Charter, and I am reading it. LWC.
FOR IMMEDIATE RELEASE
September 23, 2010
Contact:  Dan Conaway
901-569-3653
dan@wakesomebodyup.com
Business Leaders Announce Support For The New Charter
Memphis, TN – Prominent members of the local business community are voicing their support for the new charter which will be on the ballot November 2nd.
“Shelby County business leaders have for years been supporters of a metro form of government, and now that they have had a chance to read the new charter, conversations have reached a crescendo and they’re looking for ways to get behind it and support its adoption,” said Gary Shorb, CEO of Methodist Le Bonheur Healthcare.
“I’m really pleased to see the level of enthusiasm for the new charter from such a diverse array of prominent business leaders.  This is a great community that can be made even better by streamlining government to make it more effective in growing jobs and advancing quality of life for citizens across the county,” added Bill Rhodes, Chairman & CEO, AutoZone.
Business leaders will host a news conference tomorrow to communicate their belief that a new government will improve Memphis and Shelby County.
Date:  Friday, September 24, 2010
Time: 2:30 pm
Place: Methodist Le Bonheur Germantown Hospital (new Women's and Children's Pavilion) 7691 Poplar Avenue
“This news conference came together really quickly, with a lot of momentum growing for getting the business voice out there. The number of supporters who just over the last two days have said they want to be a part of whatever this group is that’s forming is pretty inspiring,” said Luke Yancy, President of the Mid-South Minority Business Council, “and the number is continuing
to grow.”
Posted by Steve Steffens at 10:58 AM No comments:

If you had any doubts about voting and voting DEMOCRATIC, this should eliminate them

Posted by Steve Steffens at 10:13 AM No comments:

Yeah, I Know, Where The Hell Have I Been? Well, Here's Where I Am GOING to BE!

Yes, Richard Ransom and the good folks at NewsChannel 3 invited me back to join with Richard, The ol' Watchdog, Mike Matthews, and Andrew Clarksenior of AM600 to tape Informed Sources today, it will be on Sunday night after NewsChannel 3 at 10.

We talked about the Governor's race (or lack thereof), the TN-08 race, and Afghanistan.  Watch it and they might have me back!

On to other subjects...

First, HOLY CRAP, GONERFEST started YESTERDAY?  I gotta get over there..

Well, the Gov's race was summed up perfectly today by El Jefe himself, Jeff Woods of the Nashville Scene:

Ok, James Harvey?  John Farris? REALLY, guys?  I know John Farris has backed away from politics to focus on the family law firm, but didya have to do this?
James Harvey, you best believe if you EVER try to rub as a Democrat here for any race, this is going to be thrown in your face.  You don't like Mike McWherter? Fine? Endorse Mr. Pilot Oil? You best just shut the hell up, dude, or not plan to run as a Democrat for any office.
Now, no one is surprised if Will Pinkston is on that list but there are folks on this list that I am NOT happy with for being there.  James Kerley?? Ron Redwing? Felix Walker? (and NO ONE had better EVER suggest Felix for any Democratic Party business ever again, I don't care WHO he knows. Enough said.)
Mike McWherter is trailing, but he is NOT John Jay Hooker, people.  Yes, he pissed me off, and yes, I wrote in Mabel in the primary, but THAT'S WHAT A FREAKING PRIMARY IS FOR!  It's time to come together, and I see Democrats lining up at the trough whoring themselves out, all about the Benjamins.
I vote with the donkeys, but I have an elephant-like memory, and this will not be forgotten.
Posted by Steve Steffens at 5:49 PM No comments:

A new Video from the Lowe Finney campaign

While Lowe Finney's district is Madison, Carroll and Gibson counties and much of the readership cannot vote in the 27th District, if you know someone who can and will vote there, tell them about him.  It is critical that he be re-elected to his State Senate seat.  We need every Democratic vote we can get in the State Senate to stop Ron Ramsey, the Lt. Governor who would auction off the state if he could get the chance to do so.  Here's the video:

Posted by Steve Steffens at 10:27 AM No comments:

An Open Letter to CVS

Now, one might surmise from the prior post that I don't like you or want you in my neighborhood at Park & Highland.  That is not necessarily so; you have the right to compete with Walgreen's wherever you can.  It's not without reason that my friend Mike Brester has joked that "Walgreen's wants to make sure you never have to walk more than 500 feet to find one of their stores".

I have no problem with your decision to locate a store on the northeast corner of park & Highland; Yums will move up Highland and we will lose a pawn shop, so that's a net positive in my book.

However, we need to get something straight here: you are not doing my neighborhood a favor by coming here; we are doing YOU a favor by allowing it.  Therefore, you need to pay attention to the University District Overlay and build the damn thing to the front of Park!

We are NOT Arlington or Lakeland or unincorporated Shelby County.  We are an URBAN neighborhood and believe that is a GOOD thing.  We don't want another store with an endless parking lot out front.  Put it in the back of the store; you can create access lanes off Park and/or Highland, with a well-lighted parking lot.  You don't want to look like the Walgreen's across the street, right?

Always remember that this is OUR neighborhood, and whether we decide to shop at CVS will be determined by how we are treated by you.  You serve at OUR pleasure, not vice versa.  I actually want to see this work, there's nothing wrong with giving Walgreen's competition and forcing them to step up their game.

However, CVS, you need to do the right thing and follow the neighborhood plan for the University District.

We'll be watching.
Posted by Steve Steffens at 3:14 PM 9 comments:

You're Not Likely To Hear me Say This About A Baptist Church Again, But

BRAVO for Berclair Baptist Church.
Posted by Steve Steffens at 1:31 PM No comments:

Email ThisBlogThis!Share to TwitterShare to FacebookShare to Pinterest
Labels: Standing up to CVS

The SCDP is Opening TWO HQs this Saturday

However, if you live east of Airways or north of Park, you're apparently SOL!

We are proud to announce the opening of two headquarters here in Shelby County for the November 2nd elections.

Email ThisBlogThis!Share to TwitterShare to FacebookShare to Pinterest
Labels: SCDP

How the rich conduct class warfare on YOU.

Go read Cenk Uygur's piece at HuffPo that accompanies this video!
Posted by Steve Steffens at 2:07 PM No comments:

I'm on vacation this week, so posting is spotty

I figured you knew this, though.

Look for me starting Tuesday!
Posted by Steve Steffens at 7:29 PM No comments:

Da Mare's NOT running for re-election!

No, I'm not talking about Wharton, fool!  I'm talking about DA MARE of Chicago, Richard M. Daley, who has decided that 22 years will be quite enough, thank you.  Considering that A) his numbers were dropping like a rock, B) his wife has been battling cancer and C) he just looks mighty damn tired, I am not surprised.

So, will Rahmbo head back to the city to run for MARE?  Anything to get him out of DC is fine by me, as long as he doesn't screw up one of my favorite places on Earth!

More from the Trib
Posted by Steve Steffens at 3:36 PM 1 comment:

I don't know how it could be any simpler 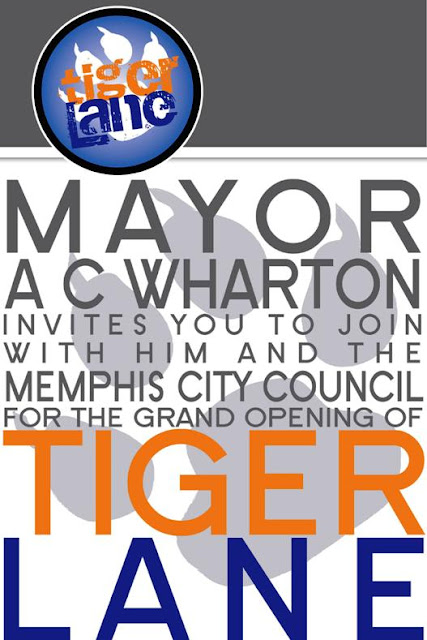 Posted by Steve Steffens at 7:00 AM No comments:

Email ThisBlogThis!Share to TwitterShare to FacebookShare to Pinterest
Labels: U of M Tigers Football

Here is your FINAL MMHF Schedule for this weekend!

MOVED TO THE TOP.

Heads up, Crackerphiles, unless something dramatic happens, your Cracker is now in FESTIVAL mode. There won't be any posts until Monday at the earliest. Come down this weekend, the weather is going to be exquisite, nothing short of it. You will want to be outside, come down and hang with us. I will be at the ArtsMemphis stage, and I will be live-tweeting from my stage and twit-picing as well. Look for hashtag #MMHF for all festival tweets. Go also to the Center's Facebook page at http://facebook.com/southernfolklore.

Posted by Steve Steffens at 9:33 AM No comments: