Yes, he's back with more ideas, he wants people to re-energize and re-focus the SCDP.

The reaction to his initial post, which I sent to my email list and which was linked here, was sadly predictable.  If you know Party people, you will know that some loudly cheered what Berger had to say, and some berated him for bailing on his CC5 race against Heidi Shafer, leaving us in the lurch.

Bryan Carson, like Van Turner before him, has spent his Chairmanship trying to juggle these two distinct groups and viewpoints, and both received undeserved criticism for not pulling it off to the extent we would have liked.  Those two distinct viewpoints must come together and be worked out for a unified vision, or the GOP will own a majoity-minority County for years to come.

Taylor Berger, like him or not, seems to get that.  I believe he wants a conversation, which we need.

We need the conversation to start as soon after November 4 as humanly possible.

Being in charge of the county is not about patronage, it's about governance and providing the best services possible.

Period.
Posted by Steve Steffens at 9:15 AM No comments:

This is BLOCK PARTY FOR PEACE Weekend in Frayser

One of the ways State Rep. Antonio Parkinson works for his district is the annual Block Party For Peace, held at the Ed Rice Community Center on North Watkins in the heart of Frayser.  There will be a Jobs Fair, a College Fair for students and a Health Fair for all comers.  It's FREE, best of all, for more information, please visit their website!

October 24-26, 2014
Ed Rice Community Center & Park
2907 Watkins
Memphis, TN 38127
Bigger, Better and Hotter than ever!Thank you to our sponsors and supporters!Please click on the logos below to visit their websites for great information.

Posted by Steve Steffens at 11:53 AM No comments:

They even ASKED me to be a JUDGE. I LOVE Seafood, so come on out, this should be a lot of fun! 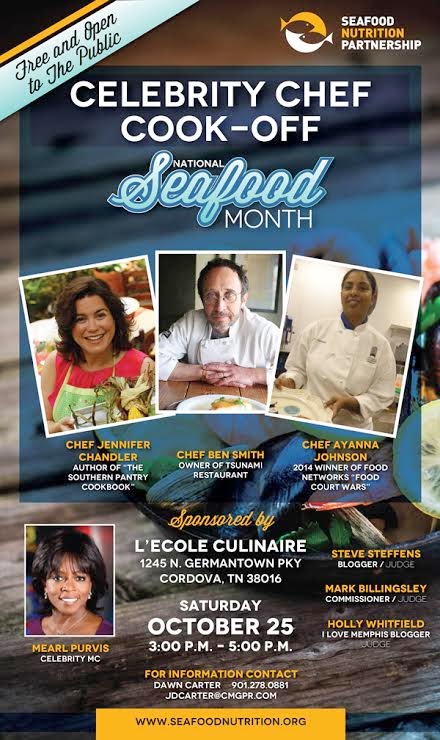 Posted by Steve Steffens at 9:31 AM No comments:

One, I have been sick as a damn dog for 3 weeks now, even at my family wedding in Illinois and at last week's social event of the season, the wedding of Steve Ross and Ellyn Daniel, and I can't hear out of my left ear and am on steroids and antibiotics at the moment.

That was pretty run-on, wasn't it?

My beloved Susan has taken good care of me and has not beaten me, so there is that.  :)

We have suffered losses, with the passing of our beloved Zippy the cat, and we also mourn the greatest dog we never owned, Mabel Sharp-Sturgis, whose campaigns inspired us to vote for her for Governor in the 2010 Democratic primary.  So, in this season where the leaves turn and fall, I suppose that is all sadly appropriate.

This morning, I got a tweetout from restauranteur and entrepreneur Taylor Berger with a link to his latest blogpost.  As Trace likes to say, we need to start a conversation, and this post should do that.  If you will, go read that post and comment over there, and then, if you so choose, comment here as well.

I hope that this wakes up some folks in the Democratic community here, because they need to wake up and understand why we're not winning County elections.  It's not the fault of any one person, and it has been going on for a long time now, so there's no need to bash any one person for any of this.


Oh, and Early Voting has started.  If you live in House 96, go vote for my friend Dwayne Thompson, who won't try to sell Cordova to the highest bidder as the incumbent, Steve McManus has done over the years.

NO on all state Amendments, One is self-explanatory, Two because I have come to the conclusion, as my Congressman has, that John Jay Hooker is right as usual, Three because we NEED an income tax for all the reasons they say we don't, and Four because I lived through TENNESSEE WALTZ, which you need to Google if you don't know what I am talking about.

Locally, vote YES on Wine In Grocery Stores.  My wife was stunned when we went to Illinois and found that A) you could get wine, beer AND booze in a grocery store, B) that locally-owned liquor stores were THRIVING and C) that prices were lower that back here.  Truth is, NO stores are going to close, that is just not true, we need to blow up our liquor laws and re-do them, especially regarding wholesalers, who have a racket here the Mafia would envy, with help from the churches.

One final thought:  I saw where my Congressman received criticism from other Democrats because he asked people to vote for John Jay Hooker for Governor rather than Charlie Brown, our nominee-because-we-couldn't-find-a-real-candidate-to-run.

Really?  One iconoclast endorsing another??  You're shocked?  Give me a freaking break.  Some of the same people who bitched about this HELPED Don Sundquist when John Jay was our REAL nominee in 1998.  Go read Taylor Berger and then think about it.

Peace, love and vote Democrat (and for Hooker!),

Steve
Posted by Steve Steffens at 11:52 AM 3 comments: