Have We Given Up?

Sorry I haven't been writing, folks, real life interferes sometimes.  There are stories I would love to tell you, but they aren't finished yet.

Regarding the title of this piece, it refers to the fact that people aren't beating down the doors of the polls to vote on the MCS Charter Surrender issue, and it's only the most important thing we have voted on as Memphians since the 1967 vote to change the form of government from Mayor-Commission to Mayor-Council.

(Note, HUGE props to our overworked pal Steve Ross, who has done his damnedest to keep people informed on this issue.)

I think people were freaked out over the work in Nashville to prevent this from happening by the cowards of the county (and by some quislings inside the city as well).  Look, TURN OUT and VOTE, folks.  This is going to be in the courts for some time, regardless, and it's not going to be instant gratification, unless people vote NO out of fear.

If MCS is going to survive, it will only happen as part of a unified County system.  NO, that does NOT mean that Pickler will be taking our teachers' rights or jobs away; there will be litigation there as well if this passes.  THIS IS GOING TO TAKE TIME; ALL THINGS WORTH DOING TAKE TIME.

So, please, folks, if you live in the city, please vote, and vote YES for SCHOOL UNITY.
Posted by Steve Steffens at 10:26 AM 8 comments:


We want to hear from YOU!

Join us for this event to get an overview of the Commission, its work, and provide you with an
opportunity to share your experiences and concerns about discrimination in the
Memphis community.

The Tennessee Human Rights Commission is an independent state agency responsible for enforcing the Tennessee
Human Rights Act which prohibits discrimination in the areas of housing, employment, or public accommodations.

*Light refreshments will be served beginning at 5:00 p.m.

With a doff of the chapeau to my buddy Alex...

Posted by Steve Steffens at 7:10 PM No comments:

Could it REALLY happen? Will the Cardinals let Albert Pujols walk? 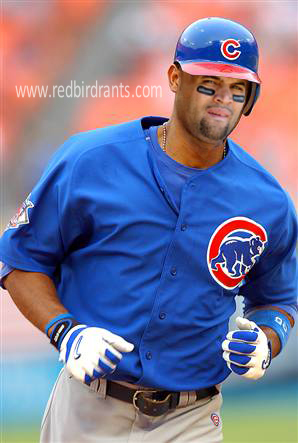 In about 15 minutes, the St. Louis Cardinals will have a press conference confirming that they have NOT reached agreement on a new contract with 1B Albert Pujols, arguably the greatest player in their history not named Stan Musial.

Redbird Rants speculates here on what might happen if the Cardinals decide they cannot pay the reported asking price of 10 years/$300 Million.  I can see not giving him a 10-year deal, because he would be 41 years old at the end of the contract.  $30 million a year?  He's been worth more than that to the Cardinals over the years, as he is on a pace to be the greatest hitter of all time.

If the Cardinals had not convinced the city of St. Louis and the state of Missouri to give them a sweetheart deal to build new Busch Stadium, they could have pleaded poverty to their fans, as old Busch was one of the cheapest places to watch Major League Baseball.  All that changed, however, when New Busch opened in 2006 to high prices, but also a World Series victory.  The Cardinal fans may not recover if the DeWitt family that owns the Cardinals allows the greatest player since Musial to walk away.  Not even returning the radio broadcasts to KMOX could save the Cardinal ownership if Pujols is playing somewhere else in 2012.

And the fact is, that somewhere else could be the worst place possible for Cardinal fans: Wrigley Field.  The Ricketts family could cause Cardinal fans (and, to be honest, Sox fans as well) to weep and gnash their teeth while leading to paroxyms of joy on the North Side.

To be honest, there will still be a VERY SMALL window of time after the World Series where the Cardinals could re-sign Albert, but it's beginning to look like the die has been cast.  Cardinal fans, you may want to visit New Busch as much as possible in 2011; it may be your last chance to see #5 in a St. Louis uniform.

So What's THE POINT Again?

Well, Flinn Broadcasting has snatched Radio Pig away from us again, fans.  You know that long-rumored political talk station that was supposed to show up in town?  Well, it will premiere February 21 on 87.7 and 1210 AM (sorry, Standards fans, you lose too) and it's called THE POINT.  I guess that stands for the heads of their potential listeners.

Flinn has turned it over to Mark Skoda (that's right, the Tea Party guy), so where you once heard Classic Rock (FM) or Standards (AM), you now get to hear Skoda or Steve Gill or Dennis Miller.  I haven't been this excited since the Poinsett County Quilting Bee of 1969, I'll tell you.

I presume that this is brokered, and the Doc is getting his money up front.  I'll tell you folks, if this had been done two years ago, BEFORE the advent of the Personal People Meter rating system, this would have looked like an unmitigated success because all these wackos would have written in WMPS-FM in their diaries and it would have looked like they were leading the pack.

However, with the advent of the PPMs, we will get a much better idea of just how this will work, even in a nominally right-wing town like Memphis.  Don't believe me? Glenn Beck and Sean Hannity are getting dropped left and right in markets large enough to use PPM; as the technology spreads to even the smallest markets, we will see how little right-wing talk radio really matters.

Like I said, I hope Doc Flinn is getting his money up front.  I give it a year before the Pig returns.
Posted by Steve Steffens at 8:00 PM 1 comment:

Hat tip to Deadspin.  Yes, I confess, I rooted for the cheeseheads.  Woo!

Posted by Steve Steffens at 10:23 AM No comments:

First, an remarkable piece by Steve of White's Creek on America before and after Reagan, and why the morons invoking him now would reject his policies as too "librul" for Murrica.

Then, continuing our tribute to Dixon High's most famous graduate, I present America's most beloved punkers, the Ramones:

Posted by Steve Steffens at 9:48 AM No comments:

with the assistance of Kristen Schaal...

Posted by Steve Steffens at 10:17 AM No comments:

Well, there are things going on everywhere, and I have been following Twitter and Al-Jazeera English and Ross' ongoing coverage of the MCS battle and HOLY SHIT THERE'S A BLIZZARD OVER 1/2 OF THE COUNTRY, AND IT IS WORSE THAN 1967 IN CHICAGO!!!!!!!!!!!

I remember the 1967 blizzard that hit Northern Illinois, and if this is worse than 1967, it's pretty damn bad.  And tonight, it even scared the hell out of Jim Cantore on The Weather Channel with THUNDERSNOW!!!!!!

So, too much is happening too quickly for me to issue any kind of trenchant commentary.  Hell, I don't even care who wins the Super Bowl; I like the Montreal Alouettes!  Oh, wait, wrong trophy.

I heard tonight that the recently-re-elected TNDP Chair, Chip Forrester, has not hired a communications director yet.  Really, Chip?  With all the batshit crazy coming out of the legislature?  The Republicans are running on pure id these days, with 140 years of rage and payback backed up in their systems.  So, a Communications Director would be a good thing, wouldn't it?  One would think.  (UPDATE: I have been informed this morning that the process has been going on and should be over soon.  GOOD.)

Well, at least Spring Training is at hand, opening in less than two weeks with pitchers and catchers reporting.  I hope I get there, I am ready for outdoor sports that do not involve snow or ice.

At some point, I hope to get back to regular blogging, as I have a long story to tell you, but I don't yet know how it ends; that will decide what I can say, if anything.  I am fine, don't panic, but someday we will talk about it.

OK, back to the TV, I want to see Cantore scream like a little girl again...
Posted by Steve Steffens at 11:34 PM No comments:

Email ThisBlogThis!Share to TwitterShare to FacebookShare to Pinterest
Labels: Rambling All Over The Place
Newer Posts Older Posts Home
Subscribe to: Posts (Atom)