I am on during the 9-10 hour discussing the OCCUPY MEMPHIS movement with Darrell Greene and Mark Skoda of the Tea Party.

I think I did well; watch and decide for yourself!
Posted by Steve Steffens at 7:54 PM No comments:

Jim Kyle Says NO To A Run For AG

I received this in email, as many of you did this morning:

Eric Stewart Announces Run for Congress in Tennessee’s 4th District
Will put small business and political experience to work creating jobs and balancing budgets
Winchester, TN – State Senator Eric Stewart announced today that he will run to represent Tennessee’s 4th district in the U.S. House of Representatives, pledging to put partisanship aside so we can protect our nation’s commitment to seniors, create jobs to revive our economy and reduce our massive deficit.

“Congress is broken and all we see is fighting, political posturing and gridlock from the folks we sent there to work on our behalf and solve the serious problems we face,” said Eric Stewart. “People are struggling.  Unemployment remains too high, and our economy is sluggish at best. Illegal drug problems continue to increase and many small businesses are hanging on by a thread, if at all.  All the while, Congress is only focused on slinging mud and pointing fingers instead of taking action to create jobs and reduce our debt.  I’m running for Congress to bring common sense back to Washington and put the needs of the people ahead of special interests, rigid ideology and petty partisanship.”

Born and raised in Franklin County, Stewart has owned a small business, ran his family’s business and served as s county commissioner and state Senator. In 2002 Stewart defeated a 12-year incumbent to win a seat on the Franklin County Commission and won a hotly contested seat for the State Senate in 2008.  That year, Stewart defeated a well-financed Republican in the General Election despite large Democratic losses in the district.

As a county commissioner, Eric Stewart pushed for budget cuts within county departments, pay cuts for county commissioners, and he supported tax relief for senior citizens.  In the State Senate, Stewart championed tax relief for small businesses that put Tennesseans back to work as well as breaks for military families.  He has supported measures to reduce and eventually eliminate the sales taxes on food.  Focused on cutting government waste, Stewart has only voted for balanced budgets.  Stewart is also a staunch supporter of public education in Tennessee.  He has worked diligently to improve the public education system in Tennessee and fought for the rights of teachers, students and parents.

“I come from a family of small business owners, educators and people who give back,” Stewart said.  “We need representatives in Washington who understand that the people of this district are struggling, and are willing to roll up their sleeves and find common ground to solve the problems our families, children and small businesses face.  My focus has always been on helping people, creating jobs and improving public education in a common sense, fiscally responsible way.  You can’t reach these goals when folks in Washington care more about toeing the party line and keeping their job than they do about helping folks back home.  I look forward to listening to the hopes and dreams of the voters in Tennessee’s 4th Congressional district, and taking their voice to Washington.”
For more information on the campaign or to sign up for the newsletter to receive regular updates, please visit the campaign website, www.votestewart.com.
Posted by Steve Steffens at 12:26 PM 2 comments:

Volunteers will gather at the IBEW Hall, 1870 Madison Ave. at 9 am on Saturday November 5th, and fan out to locations all over the county from there.

If you would like to help with this program, simply show up at the IBEW hall on Saturday at 9am.

The state party has set a goal of registering 200,000 voters statewide to help increase participation in elections, and inform the public about the newly passed Voter ID law. For more information about this law, and other voting requirements click here.
Posted by Steve Steffens at 8:42 AM No comments:

Might THIS be what Kroger plans for their new stores? 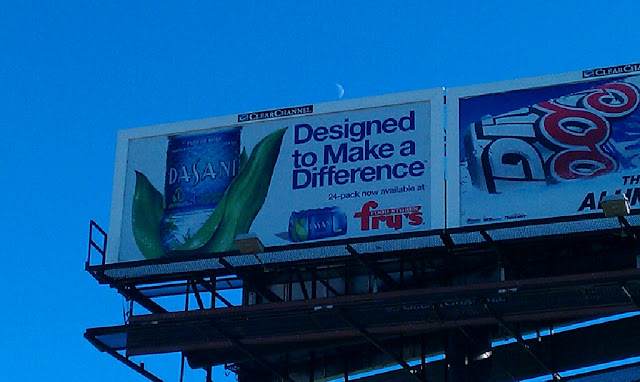 My pal Mike Brester took this picture today of a billboard at Shelby Drive and Getwell Road.  The board on the left is for Fry's Food Stores, a grocery store chain primarily in the Southwest, particularly in Arizona, but NOT YET FOUND in the Memphis area.

After looking them up, it appears that they are owned by the Kroger Company, who just bought out the Memphis stores of Schnucks.  I don't know much about Fry's; however, the question has arisen as to whether some of the Schnucks-turned-Kroger stores might wind up as Fry's.

That would certainly make sense for the old Schnucks/New Kroger on Truse Parkway, around the corner from Kroger's recently renovated Mendenhall store and down the street from the "Baby Kroger" on Perkins at Poplar.  At the every least, it would be a new brand of store in the market, and would hopefully increase the choices for Memphis grocery shoppers.
Posted by Steve Steffens at 11:43 PM 1 comment:

“For over 35 years Planned Parenthood of Greater Memphis (PPGMR) has served the people of Shelby County by providing comprehensive Family Planning Services to families in need.  Despite their expertise and years of dedicated service to the community, politics has once again invaded the issue of reproductive health, endangering the future of thousands of people who have come to rely on their services.”

“Starting in February with Republicans in the State Legislature, and continuing with political pressure from Governor Bill Haslam’s Office, the County Administration of Mayor Mark Luttrell and County Commission, Republicans have declared war on Planned Parenthood in a misguided crusade against a procedure not even covered by Title X funds.”

“Ignoring evidence and the requirements of their very own RFP regarding personnel, Mayor Luttrell’s Administration engaged in a bid evaluation process determined to ensure that no Title X funds would flow to the most experienced provider of said services for a purely partisan political purpose.”

“Adding insult to injury, the County Commission, including three Democratic members, voted to affirm the contract with Christ Community Health Services (CCHS), despite mountains of evidence found both in the response to the RFP and public statements made by high ranking officials in the organization that they were either unprepared or unwilling to abide by all the requirements of Title X.  This outcome is unacceptable.”

“This week marks the beginning of the contract with CCHS.  We hope they will abide by the terms of the contract to the same high standards set by PPGMR, but we are also outraged that our government officials, from the State down to the County level would place the people of this county in a position of relying on hope alone rather than evidence and experience.”

“The stakes of this decision are high.  Taking into account the rate of teen sexually transmitted diseases, pregnancy, infant mortality, and high poverty rates associated with unplanned pregnancies, we feel this decision is irresponsible, tone deaf and reckless considering the challenges facing our community.”

References– Page 15 of County RFP# 12-007-02 states: “Provider’s Personnel. The Provider certifies that it presently has adequate qualified personnel to perform all services required under this Contract…

Page 13 and 14 of CCHS’s proposal notes that it will have to hire 7 people to carry out the contract including 1- Women’s Health Services Director and 6 – Family Planning Coordinators.
Posted by Steve Steffens at 3:58 PM 1 comment:

There are, at this point, only three people in Shelby County who have the name recognition, legal background and ability to raise money to beat Amy Weirich in the District Attorney General's race.

AC Wharton is staying Mayor of Memphis, and Steve Cohen is quite happy being our Congressman.  That leaves Senator Jim Kyle, who in all probability will lose his Senate District in redistricting, and he should consider it.

Carol Chumney and Glenn Wright have been considering the race for some time now, but to start now would put either of them at a financial disadvantage that would be almost impossible to overcome.  (Full disclosure: I have been talking to Carol about a race for a few months now.)

However, given that the Governor and the state GOP have made this race a priority, we as Democrats have but one Shelby Countian to turn to at this time, and that's Jim Kyle.

He is well-known and well liked in this county, and has a deep track record of public service. Jim Kyle would make a great Attorney General, and I urge him to run.