Let's Begin the Discussion, Shall We?

While I have yet to make up my mind whom the new ExecCom should select, I have decided to allow supporters of each candidate make their case for their guy. I ask only that it be kept as clean as possible; i.e., don't call your opponent a pig-####er unless you have pictures and documentation to prove it.

I want to send a big "Thank You" to the Memphis AFL-CIO Labor Council. As a full time Union Organizer for the Service Employees Union International, I was very happy Tuesday night when the Memphis AFL-CIO declined to endorse Van Turner for Democratic Party Chair. The motion to endorse died for lack of support. Mr. Turner seems to be an intelligent and likable fellow, his willingness to serve is commendable, but he works for what might be the biggest "Union Avoidance", "Pro-Management", law firms in the Mid South, Butler Snow. It was rumored that the endorsement was on the fast track, but the Labor Council decided to let the convention delegates gather more info and make up their own minds. Questions about this affiliation, coupled with Jay Bailey's convincing pitch at a "Labor Leaders" lunch last Thursday at the Marriott Downtown, stopped the endorsement in its tracks.

Ida Leachman, a longtime labor leader and organizer for the United Furniture Workers, said "We don't need anyone from Butler Snow or Baker Donaldson as Chair of the Democratic Party” (Baker Donaldson is the firm of former Republican Senator Howard Baker). Apparently Ms. Leachman’s union has dealt with Butler /Snow in organizing fights. Maybe Ida sounds a little harsh and unyielding, but she has witnessed workers being brutalized by the Bush agenda. Many believe that too many of our party leaders have been too complacent and quiet both nationally and locally. Labor organizers far too often have found ourselves leading a march for workers, only to find our Party leaders in the stands watching the parade. We need them to come out of the stands and
PICK UP THE BULLHORN TO LEAD THE PARADE.

Turner's Supporters say he does not handle "Union Busting" cases. That may be true, but we need a Democratic Chair who will "Lead the March" against unfair practices in our area businesses and local governments. We need party leaders to "Pick up the Bullhorn" and urge politicians to keep their promises.

Butler Snow's Website proudly boasts of having gone up against some of the largest unions in America. Read it for yourself: Click here for Butler Snow -Union Avoidance Section. Mr. Turner is listed as part of the heralded "Labor and Employment Practice Group" (Click Here) . The website advertises aggressively that:

"Our Labor and Employment team is eminently qualified, experienced and poised to meet any union challenge that employers might face. We have represented employers in union organizing campaigns by virtually every union, including, the Service Employees International Union (SEIU), the Teamsters, United Food and Commercial Workers Union (UFCW), United Steel Workers of America (USWA), Operating Engineers, International Association of Machinists (IAM), the California Nurse Association (CNA) and United Brotherhood of Carpenters. Unfair labor practice charges have been defeated in circumstances ranging from construction union “salting” efforts to allegedly discriminatory layoffs."

They brag about aiding companies against marches and rallies by State Legislators, Presidential Candidates, and Religious leaders:

"In responding to corporate campaigns, we have assisted employers in dealing with events such as marches led by State Legislators, active campaigning on behalf of a union by an activist state Attorney General, campaigning for a union by a U.S. Presidential candidate, and union-friendly public appeals by religious leaders."

On Strikes and Picketing:

“Strikes and picketing. We have experience in assisting employers who are faced with strikes, boycotts, and picketing. Whether the matter involves obtaining a state-court or federal injunction, pursuing unfair labor practice charges against a union, or assisting in developing strike contingency plans, we have many years of experience. Our attorneys have the knowledge and expertise to assist employers with strategies for continuing business operations through the duration of labor disputes.”

In just about every section of this "Practice Group" they list their commitment to "management" and brag about beating employees and unions in specific court cases:

On Workman's Compensation they claim to represent management "Exclusively":

"Our Workers' Compensation group consists of attorneys and paralegals devoted exclusively to the representation of self-insured employers, employer groups and commercial insurance carriers."

It is difficult to believe that Mr. Turner will be able join labor leaders with picket signs at the gate of a factory that his law firm represents. It’s not just difficult, it’s absurd.

If "Religious Leaders,” like the ones who have been so active in our Living Wage Coalition, march against one of the firms clients, or the School Board, am I to believe that Mr. Turner will be able to "pick up the bullhorn and whip up the crowd?”

Several years ago the Tennessee Business Community passed legislation that "gutted" workman's compensation in our State. It was terrible for working people injured on the job. If they try it again, will Mr. Turner be able to lead a press conference in opposition to his firm's client's business interests?

It’s hard for me to imagine it. Can you?

This is not personal, it is just a fact that some individuals have professional ties that might be constraining to the values of the Democratic Party . They can be great people and leaders in our community, but we don't need Democratic Party Chairmen who are muzzled or who might be cautiously diplomatic; we need fighters.

Mr. Turner seems to have excellent credentials as a lawyer. Apparently he has worked at the Board of Education until just recently. He could probably work at any firm that he wishes. It is puzzling as to why he chose this firm, which seems to have a very conservative culture. The Butler Snow firm posts several cases on their website that showcase Mr. Turner’s legal expertise. They do so presumably to attract clients, presumably with his consent. Most of the citations seem to tout his effectiveness as a "Management " lawyer. One citation brags that he beat an "Americans with Disabilities Act" case, another brags that he beat a "Civil Rights" complaint. Of course, management deserves good lawyers to defend against unions and employees, and everyone has to work somewhere, but I am not convinced that a "Management Lawyer" is what we need as Chair of the Democratic Party today.

Some people believe we need a "Business Chairman" who can raise money from "The Business Community." There is something to be said for that; it takes money to win elections. With employees’ pensions being raided and their health benefits being scaled back, I believe we need a Party Chair who will fight hard for workers. Barrack Obama did this in his campaign for President, and he raised more money that anyone in history. If you fight hard for the truth, people will fund your message and your campaigns.

Apparently, Mr. Jay Bailey was allowed to speak at the AFL-CIO executive board meeting and laid out his background representing working people. Jay Bailey tells us that he does not represent "management" but rather is a "plaintiff’s" lawyer; he handles civil rights and employees’ cases against "Management." I have seen him on television taking all types of "Civil Rights" cases and cases for The Rainbow Coalition/Operation Push.

He apparently has a wife who is a Teacher and a Union Representative. His aunt, uncle and sister in law are Union Representatives for the MEA ( The Teachers Union), as well. His mother was a Union Representative for years before she became Principal at Booker T. Washington. In sharp contrast to Mr. Turner's office environment, Bailey could face a mighty chilly Thanksgiving dinner if he doesn't stand up for unions, teachers and workers. He might even be sleeping on the couch.

These are two very able lawyers with strong committed backers running for Chair of the Shelby County Democratic Party.
Mr. Turner has a good resume, seems to be involved in the community, and has a lot of great people supporting him. Jay Bailey has an impressive group of elected officials and seasoned activists endorsing him; the kind that know how to win elections. They both brought a lot of new, young people to the convention. Perhaps Van Turner will persuade me to vote for him someday for public office, Democratic Chair or even Judge, but today, for this office, I want a seasoned fighter who will challenge our Democratic Party to stand up stronger and more solidly for lower income working people. For my money, Jay Bailey seems like the one more willing and freely able to "Pick up the Bullhorn and Lead the March". 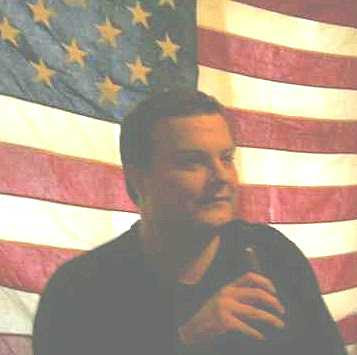 Posted by Steve Steffens at 8:34 PM

Email ThisBlogThis!Share to TwitterShare to FacebookShare to Pinterest
Labels: For Jay Bailey

help anybody! I have a few questions about the convention process - Are the delegates tasked with electing the ExecCom and the does the ExecCom elect the chairman? How are the ExecCom candidates selected to run? Who are the candidates for the ExecCom? Thx in advance...